In Moscow, on the Red Square, film-maker Xavier Villetard opens the doors to the mausoleum of Lenin, which is unusual, since it normally stays closed. From 1924 until the fall of the USSR in 1991, the embalmed body of the hero of the October Revolution was publicly displayed as a holy relic. By using voice-over narration, the filmmaker directly addresses Lenin. Despite this freedom of expression, the archival images and comments of historians tell a different story: more than 24 years of Soviet history. It is presented to us by exploring the ritual of mummification of important Communist leaders, focusing especially on the Stalin era. Those who worked in the mausoleum’s laboratory, a place that is now left abandoned, bring light into this little-known subject with the help of numerous details: the embalmment of corpses and the conservation of Lenin’s dead body. The documentary finishes off with a key question: What does the Russian state consider doing with the body of the founder of the USSR?

An interesting documentary, sometimes slightly dark, which is to be viewed by secondary school students, who have already studied the history of the Soviet Union, as well as modern Russia. 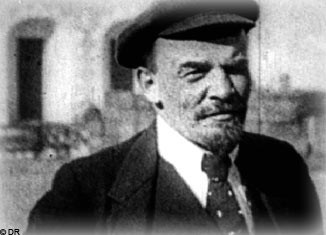 In collaboration with Leitmotiv production & RTBF