Among everything I am and will be telling, I know, there isn’t one element which is not pure truth. I mean, truth as I remember, to be honest.

No Lies is Aurélien’s true story. Beyond personal adventure, the intimate tale of a young European settling in the United States, appears a whole universe: the dream of a certain America.

While walking into it, showing off his libido and narcissism, he dismantles the machinery of a society based on the exacerbation of individual success.

During his crazy trip, sometimes risky but firmly sensitive, Aurélien takes an uncompromising look upon himself and upon a society he’d lived in until disgust.

No Lies is a modern tale built upon the failure coming from difference and inability to communicate. 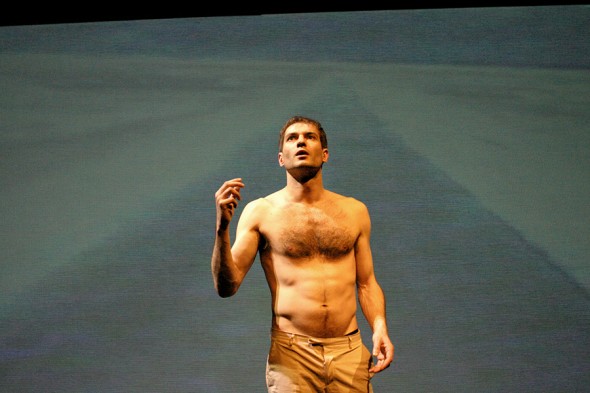 In collaboration with
Théâtre les Tanneurs