Joel Karekezi graduated in 2008 with a Diploma in Film Directing from Cinecours. In 2009, with the support of the Maisha Film Lab, he directed his short film The Pardon, which won the Golden Impala Award at the Amakula Film Festival in Uganda and the 2010 award for Best Short Film at the Silicon Valley African Film Festival. He received a development award from the Göteborg International Film Festival Fund for his first feature film Imbabazi: The Pardon, which was screened at festivals around the world. Imabazi won the Nile Grand Prize 2014 at Luxor African Film Festival, and Best Director at International Images Film Festival For Woman 2014.

In 2012, his script The Mercy of the Jungle won the CFI Award for the Most Promising Audiovisual Project at Durban FilmMart, as well as the STEP development award at Luxor African Film Festival 2015. It was also selected at Cannes for La Fabrique de Cinema du Monde 2013,  Locarno Open Doors 2014, Atelier Grand Nord in Quebec 2015, Forum de production de Namur 2015, and Rencontre de Coproduction Francophone in Paris 2015.

The Mercy of the Jungle (2018)
Feature
Co-Producer, Director, Writer 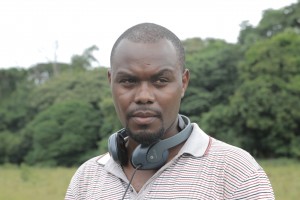